Research in the lab focuses on endophytes-bacteria and fungi that live inter- and intracellularly in plants without inducing pathogenic symptoms and interact with the host biochemically and genetically. Endophytic microorganisms may promote plant growth and defense. In addition, endophytes may also represent a source for new bioactive natural products with utility in pharmaceutical, agrochemical and other applications.

We are interested in the effect of the colonization on plant growth and physiology, in the mechanisms that govern the colonization processes as these are affected by both genetic and environmental factors as well as in aspects of the ecology of such microorganisms and the effects in the rhizosphere.

Fusarium solani strain K (FsK) is a novel endophytic fungus, proprietary owned in the lab, which has been previously isolated from the roots of tomato plants. The endophytic isolate colonizes the roots of tomato plants and has been previously described to grow endophytically in the cortex, to proliferate in the vascular system of the plant up until the crown of the root system while its translocation into the aerial parts of the plant has never been recorded.

The importance of the fungus lies upon its ability to confer resistance against both root and foliar fungal pathogens. Interestingly, the fungus demonstrates the capacity to attenuate the expression of certain pathogenesis related (PR) genes in tomato plant tissues irrespectively of the presence or the absence of a pathogen.  Ethylene phytohormone perception pathway seems to be important for the conferred resistance into the plant by the endophyte (Kavroulakis et al., 2007).  We were also able to show that in the presence of FsK, both ethylene and jasmonic acid mediate an increased resistance response of the plant against aboveground pests such as herbivorous arthropods. Two different cases, the zoophytophagous predator, Nesidiocoris tenuis and the two spotted spider mite Tetranychus urticae have been used (Garantontanakis et al, 2018; Pappas et al, 2018). Putative mechanisms involved in FsK-mediated resistance against spider mites were shown to be related to both defense elicitation and plant growth promotion by FsK. Besides protection against biotic stresses, the fungus can alleviate the strong negative effects of water stress on the development and growth of tomato seedlings that were co-cultivated with FsK (Kavroulakis et al, 2018).

Current research in the lab focuses on the endophytic lifestyle of FsK upon interaction with the model legume L. japonicus, and the mechanisms that govern the establishment of the endophytic growth of the fungus.  The colonization pattern was followed with the aid of various expressed fluorescent proteins labeling the fungus and a series of plant cell compartments by means of classical and advanced microscopy techniques-in collaboration with Prof. Paola Bonfante and A. Gendre in Turin (Skiada et al, 2019). Transcriptome profiling is recorded under various conditions and in vitro targeted inoculation methodologies.

Among the aims of this work is to investigate the interaction of the fungus with other endophytic microorganisms (and more specifically an Arbuscular Mycorrhizal Fungus) both during the presence or the absence of the host plant. 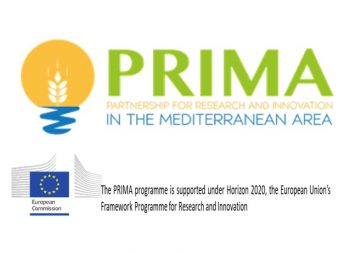